During the COVID pandemic Cycleways are meeting online. Members will receive details of forthcoming meeting via email.

Our next meeting is scheduled for:

We hope to resume our monthly face-to-face meeting at The Fat Pug, Guys Cliffe Road, Leamington Spa, CV32 5BZ. in the New Year.

Minutes of recent meeting below 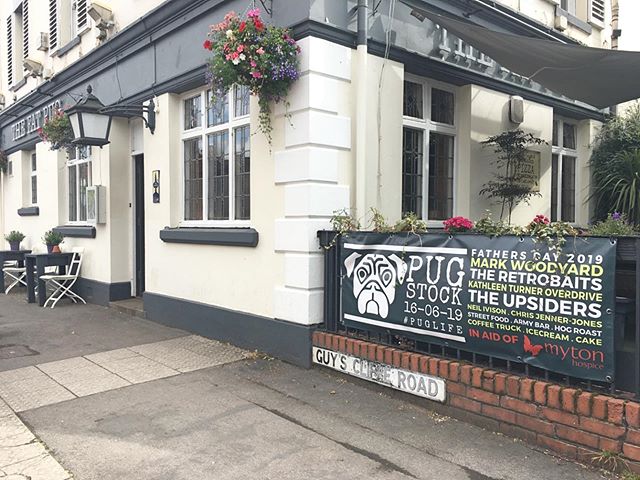 Emscote Road and K2L, both classed as high priority by WCC

Had requested an update from WCC Cycling officer, and also from a senior transport planner, but with no response.

For the Emscote Road it is all very disappointing, since it was in February 2019 that WCC asked us to put forward our thoughts for a Super cycleway for this route. We submitted a scheme in June, 2019, since then silence. Will write to Cllr Nicola Davis since Lib-Dems are pushing for improvements along this road as part of a safer routes to schools campaign.

Covid-19 improvements for pedestrians and cyclists in Warwick and Leamington

Adam Tranter, Cycling Mayor for Coventry, had written to Cllr Jeff Clarke, WCC Portfolio Holder for Transport, highlighting that WCC had only obtained 50% of the possible funding for this project. His letter plus Cllr’s Clarke reply is attached to these minutes, plus a copy of all the LA’s allocations.

Apart from the shortfall in funding, there has been widespread criticism by cyclists in the poor quality of the cycling provision . Will write to Cllr Clarke about these concerns. A copy of his e-mail will also be sent to all the WCC councillors.

Marketing of Cycleways to a wider audience. Meeting 18th July

Web site - Bringing it up to date and onto a new platform, with the aim to be able to make links into other groups such as Clean Air for Leamington and Clean Air for Warwick. Also to put application for membership on-line, and suggested we set up an Instagram account, but that will need someone to run it.

The local Sustrans Ranger, and long standing member of Cycleways, brought us up to date.

Sustrans are rationalising some of their routes, principally those that use busy main roads, to allow them to concentrate their resources into the off road routes, such as Route 41 the Lias line between Leamington and Rugby. The good news is that funding for this route is now secured, making completion for opening in 2022.

Welcome to a member of Warwick Unv BUG.

Will go ahead and purchase a new Gazebo, blue being the preferred colour. Insurance cover note in a couple of weeks, and have booked the stall.

Will convene a meeting of the group to agree on how we run the site.

Open to those who live in Leamington, ticket can be obtained through Eventbrite, sent out separately to all members. The event will be an opportunity to draw up cycle routes across the town

The Plan sets a target of WDC achieving net zero emissions by 2025, and the District as a whole, by 2030. Since road transport is the largest contributor of CCGs, WDC will formally ask to work with it to develop a sustainable transport strategy urgently and to resource it appropriately. This represents a significant step forward and does provide a means of holding WCC to account for how transport monies are allocated. In this respect, WDC will also instigate a Local Plan Review putting mitigation/prevention of the effects of climate change at its heart.

Will circulate the details of a bike maintenance workshop with Giant in Leamington, plan is an evening workshop with up to 8 people, charge £5 per person.

The original proposal for a shared path route had created concerns from a wide range of members, so a member who is a transport planner, offered to discuss with WCC how these concerns could be met. From this some improvements are possible which they will circulate to us. Once again, the debate on the adequacy of cycle provision came up at the meeting. The problem with the Coventry Road scheme is that it will be funded from a road safety budget, which is limited. As someone highlighted, WCC only allocate 88p per head for cycling, the recommended level nationally should be £10 per head.

This important point should come up in WDC’s Climate Change Action Plan, where they have made a specific link to monies from new developments to be used to achieve the Council’s carbon neutral target across the District by 2030.

On a related, but separate issue, a WDC councillor explained the Council’s proposal to raise additional revenue, for the Climate Emergency Plan through a levy on the Council Tax. Such a proposal has to be approved by the public through a Referendum, to be held on 7th May.

On 17th March the WCC Cabinet will discuss a motion that all transport planning should be halted and reviewed.

Also highlighted that a recent consultation in Kenilworth had found 88% in favour of a cycle route through Abbey Fields.

Attended a talk at the Spa Centre on funding sources with Severn Trent and CAVA as potential sources. WDC see the forthcoming Commonwealth Games as a good opportunity to raise the profile of an active life style.

At the February meeting we were joined by the Cycling Mayor of Coventry. They had highlighted a cycling schools project in Kenilworth and the subject of funding came up. Subsequently we wrote to a Kenilworth Town and WDC councillor, confirming that Cycleways had a balance of £783 from a ring fenced WDC cycle training grant for Kenilworth.

Mention was made that from time to time Sustrans have monies remaining from projects which could be made over if a project in our area was waiting to go.

Warwick District Cycle Forum, gave a brief outline of the event, and will circulate to members an up dated note on it, where and when it meets, next meeting is the 31st March.

Eco-Fest 31st May, Promoted by WDC

Gazebo - suggested that we bought a 3mx3m one for £290, which was agreed. Insurance, will check on this with Cycling UK (). Initial thoughts on a cycle ride, up to Newbold Common and back via the canal tow path, will require a leader and two at the rear, with hi-vis vests. Any other ideas on a route?

Outlined some useful notes from an ex web page designer who had met to identify ways of improving on our existing site. Suggests that we use a WIX platform (cost around £220 pa), and that the running of the site is shared by say four of us. We could also offer advertising space to bike shops/cafes to help fund the site. The web site group to agree and implement the proposals.

Certificate of insurance required, as for Eco-Fest. Theme Air Quality linked into work being done with the Air Quality group.

Meets at Shire Hall, had highlighted to them the contribution that cycling and sustainable modes of transport can play in preserving our heritage.

Proposal by the Town Council to place an iron bicycle at the clock tower to commemorate the original builder of the modern bicycle.

Commented on the demonstration of electric pods at the Unv, but such a scheme is a distraction to the real transport needs. Reported that a new head of transport planning has been appointed.

Have been in touch with Coventry Unv with the idea of providing Cycleways as a case study to develop some ideas on how to market it. Also, highlighted the use of pop-up posters outside schools to warn motorists. Useful having some thoughts and inputs on promotion.

Cycle Forum report back from the meeting 14th Jan

Unfortunately some of the items on the attached list were not discussed:

Warwick Racecourse
Hampton Road
Sydenham cycle path
Of the others:

Coventry Road cycle route, looking at other possibilities.
Tachbrook Road/Heathcote Road junction, although the required Toucan crossing was omitted when the Tachbrook Road cycle route was built, back in 2008, WCC highways still say that nothing can be done until new section 106 money becomes available.
Emscote Road – WCC have sent our scheme to Sustrans for comment. We submitted the scheme 7 months ago.
K2L – The focus is on getting the route details resolved, possibly this Autumn, before any discussions can take place on the route into Leamington or connecting in to the Greenway and on to Warwick Unv.
Crossing of side roads by an off road cycle path. No satisfactory answer given. Here it would be is worth referring to the WCC Cabinet Report on Cycling Infrastructure, 11/10/18, item 3, which states, the West Midlands Cycling Design Guidance is recognised…….complemented by ongoing best practice research…….to delivering high quality, innovative and effective cycling schemes.
The views of those present at the meeting very much reiterated the views expressed by the public at the Air Quality Summit held at Leamington Town Hall last December. WCC highways are content to discuss but show little serious inclination to get to grips with the issues.

Looked at potential routes from the Rocky Lane crossing of the A46 to Warwick University, The ideas from this stimulated a useful discussion, the principle point being an essential need for an early public consultation, both in Leamington and Kenilworth, the latter who have already produced a cycle plan for the town. Following our meeting last December, we wrote to Cllr Bill Gifford about the public interest in a consultation at an early stage, and he has already acknowledged that he will raise this with WCC.

Agreed that we would attend, using our existing gazebo, .although it is showing signs of age. Will investigate the cost of a replacement. Cost of attending the event is £30, but if an activity is provided, then free. Suggested that we provide an organised bike ride, as in 2018. Insurance, Will check with Cycling UK on our current policy. The event will require 2 people, a number volunteered, so please confirm.

One of the members who help set up the existing site took us through it and dealt with the numerous questions. Overall, the view seemed to be that we could squeeze more out of our existing site, including Twitter and Facebook. Whilst funding for a new site shouldn’t present a problem, we have located £1000, then there is the North Leamington Community Forum Fund, plus a new WCC community fund supported by Severn Trent, making it not so much a problem of capital costs, but one of recurrent maintenance. So, a working group will draw up a plan of what to change on the existing site, and we will advertise through the Newsletter for someone to manage the site for us.

Have a list of items to be discussed, including the problem with the safety audit of the section of cycle path at the Warwick Race Course.

The current proposal of a converted footpath down the Coventry Road is seen as a poor option. Have looked at the proposal and highlighted some possible improvements. The view by those present is that what is being proposed would just join the existing list of poor quality and under used cycle routes.

The Dept for Transport strongly recommend that making the highway fit for cycling should be the first choice in any provision, so this option should also be put alongside the off road pavement conversion, to enable a proper assessment to be made. Has of offered to attend the Cycle Forum on the 14th.

Useful to include a photo of the Extinction Rebellion Ride 14th Dec. Please send any items by 13th Jan.

A note of thanks to the member who hosted the meeting after the last-minute double booking of our usual venue, much appreciated by all.